December global holidays help us understand the festive turnout of different countries and cultures. These holidays are the best time of the year as they make us unwind and celebrate the festive season. The following are some of the major holidays celebrated around the world this month. These celebrations include the famous Las Posadas, Saint Barbara’s Day, Krampusnacht, World AIDS Day, and more. Learn about these holidays to celebrate in a culturally appropriate way.

If you’re planning a vacation to Mexico, consider celebrating Las Posadas, one of the most important and unique holiday traditions in the world. This pilgrimage day is celebrated by gathering with friends and family and celebrating the birth of Jesus. The celebration is centered around songs that highlight the journey of Mary and Joseph and their miraculous journey to Bethlehem. The songs themselves serve as a dialogue between pilgrims, innkeepers, and Jesus, as well as celebrating the concept of symbolism. The songs that accompany the celebration are usually sung by candlelight and are intended to welcome guests into their homes.

The tradition is rooted in colonial Mexico and was first celebrated in the 1500s. The festival’s traditions are said to have originated in 1586, when a Spanish Franciscan friar obtained papal permission from Pope Sixtus V to celebrate extra Christmas masses in Mexico. In addition to this, the posadas are a popular way to learn about the Spanish and Portuguese cultures. Here are some tips for celebrating Las Posadas this December.

In many countries, Saint Barbara’s Day is celebrated on December 4. Some scholars believe St. Barbara never existed, and the Roman Catholic Church officially banned it in 1969. Even so, many people continue to celebrate the day with folk customs. The Christian holiday has many traditions, including a religious ceremony, parade, music, a Nativity scene, and fireworks. To celebrate Saint Barbara, consider taking part in a local tradition or hosting a Saint Barbara-themed party.

In some countries, such as Syria and Lebanon, Saint Barbara’s Day is a tradition that begins the Christmas season. In southern France, it’s customary to set out dishes filled with grains of wheat soaked in water on sunny windowsills. Folklore says that if the grains grow quickly, the crops will prosper. On Christmas Eve, these grains are placed near the creche, a symbol of the birth of Jesus.

The day is also associated with fireworks and cherry trees. In more Catholic areas, people will cut branches from cherry trees and place them in a bowl of water inside the house. St. Barbara lived in Asia Minor in the 3rd century and died as a martyr in 306; the customs surrounding her day first appeared in the 17th century. This holiday has become one of the most popular in Europe. While the day is celebrated on December 4, it can be celebrated in any month.

December 5 is the day of Krampusnacht, a German folklore festival that honors the arrival of the demonic Krampus, a half-goat, half-man creature. The holiday traditionally involves punishing children for misbehaving, but over time has evolved to include a spirit of joy and goodwill. Germany, Austria, and Slovenia are the main places where Krampusnacht is celebrated, while the holiday is also celebrated in Hungary and Czech Republic.

The festival began in the 13th century and was popularized in 1997 by an episode of the sitcom Seinfeld. Today, it is celebrated with a simple pole made of aluminum and no Christmas tree. It also involves a dinner and the “Airing of grievances.”

The Jewish holiday of Yule is also a December global holiday that celebrates the birth of the Messiah and other saints. The Germans, in particular, celebrate Yule in December. In ancient times, it was celebrated with bonfires to thank the Gods and Goddesses. Despite the pagan origins of the holiday, it is one of the oldest winter celebrations in history.

December 1 is World AIDS Day, a global day of observance that raises awareness of the AIDS pandemic. AIDS is a disease that afflicts more than 33 million people around the world and is preventable if diagnosed early enough. During the first World AIDS Day in 1981, 90,000 to 150,000 people were infected. In 2016, the number of new HIV infections reached 1.8 million, with nearly half being women. The day commemorates the first reported case of the disease in 1981, and today, the global epidemic has affected over 33 million people worldwide.

The first World AIDS Day was centered on youth and children to increase awareness among a target demographic. After the second year, the United Nations Programme on HIV/AIDS (UNAIDS) took over the celebration and turned it into an annual education campaign. In 2000, the World AIDS Campaign registered as a nonprofit organization, and the United States joined in the celebration. The day is the focus of many national and international efforts to fight the epidemic.

The idea for World AIDS Day was first put forward by two public health officials. James Bunn and Thomas Netter, both of the World Health Organization, supported the idea. They sought to raise awareness about the AIDS pandemic and dispel myths about the disease. Dr. Jonathan Mann, the director of the Global Programme on AIDS, suggested that the holiday be held on December 1 because it falls between the US election cycle and the Christmas holidays.

If you’re not celebrating Christmas this year, you might want to celebrate Festivus, a secular holiday celebrated on December 23. It’s a day to keep your favorite traditions, and to throw out the ones you don’t. This way, you can make the holiday as meaningful and personal as possible, while still including secular traditions. To learn more about this holiday, read on. If you’d like to celebrate it yourself, here are some things to do.

First celebrated in 1997, Festivus is an alternative to Christmas. It was originally a pagan holiday that was based on the Norse god Odin and the Anglo-Saxon Feast of Modraniht. It is a protest against Christmas consumerism, and many traditions revolve around the “airing of grievances” and “feats of strength.” However, unlike the commercialism of Christmas, Festivus’s rituals are simple and easy to understand.

The festive meal is usually meatloaf served on lettuce. It’s not traditional to decorate the pole, but participants are free to include other foods and drinks. The poles that are used for Festivus celebrations are typically 20 inches tall and unadorned. This holiday is meant to be less stressful than other holidays. The purpose of the holiday is to avoid spending as much money and grandeur as possible on Christmas.

A cultural holiday celebrating African heritage, Kwanzaa is observed from Dec 26th through Jan 1st. The holiday celebrates seven principles – self-determination, unity, cooperative economics, creativity and faith – and involves lighting seven candles and placing seven symbols throughout the house. Some families decorate with a theme of their choice or decorate in appropriate colors, while others make handmade gifts to give to family and friends.

The celebration begins with a libation ceremony, in which the eldest person pours a liquid into the four directions (sacred or unholy), honoring the ancestors. Guests and family members are encouraged to drink with the libation, which symbolizes unity. The libation ceremony also involves singing, dancing, and food. On the seventh day of Kwanzaa, the participants toast one another with the traditional “Habari gani” greeting. Children’s books about the holiday have been published by Deborah Newton Chocolate. Akwansosem, an educational outreach newsletter, is published once a semester. Deadlines for submissions are 15 September and 15 February.

Many people choose to celebrate Kwanzaa in a non-traditional way. They often combine elements of other celebrations, such as New Year’s Eve. In fact, many families display both a Christmas tree and a Kwanzaa candle stick, and this is because these two holidays share common values and spiritual traditions. Kwanzaa is an important global holiday, with many benefits. Kwanzaa is an opportunity to honor and learn more about African cultures.

The fifth and final month of December brings a variety of global holidays. Yule, a celebration that coincides with the Winter Solstice (the shortest day of the year) and Summer Solstice (the longest day of the year) is a secular holiday that is meant as a counterbalance to the commercialization of the Christmas season. While the holiday has been described as a parody, it is nonetheless an important counterpoint to consumerism. During a festive meal, Festivators tell tales of their disappointments to each other, “Airing of Grievances,” “Feats of Strength” and a final pinning of a household head to signify their triumphs.

The most chilling of the December global holidays is Winter solstice, which marks the shortest day of the year in the Northern Hemisphere and the time when the days begin to lengthen again. Celebrations of the winter solstice are based on beliefs that light is essential to life. Some common customs during the Winter Solstice celebration include carolling after dark, using candles wrapped in paper bags to avoid sparking a fire, and hanging evergreen plants inside homes. Throughout the month, people also give gifts to loved ones.

How to Get the Most Out of Your PlayStation 5

December Global Holidays: An Overview of What You Need To Know

What To Buy Your Mother For Her Birthday 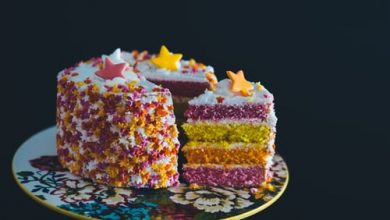 There’s A Cake for Every Occasion: 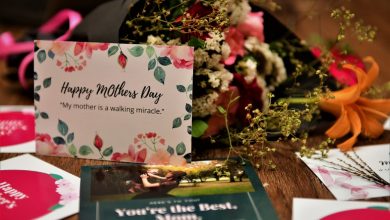 How to Celebrate Mother’s Day in 2022