Smartphones have now become the main need of modern humans as many activities are carried out on mobile phones. This is also the reason why cellphones are the target of bad actors to be hacked or tapped. If you feel that your cellphone cannot be tapped into or compromised by others, then your assumption is very wrong. Mobile phone tapping can happen at any time without the victim knowing or finding out. As a user, you should be aware of this practice. Because it is often used, many people store all personal data on their cellphones. Phone or mobile hack is the platform or means used by cybercriminals to steal personal data on the victim’s cellphone for their benefit.

The most common way to tap and hack cellphones is to infiltrate malicious viruses, malware, adware, and spyware. A tapped cell phone generally causes special signs. You can tell by the appearance of oddities on your phones such as an increase in cellular data, the appearance of unwanted ads, and many other strange things.

The way for hackers to tap is by installing a special application on the victim’s cellphone. Usually, the application is hidden and is not noticed by the user.

The characteristic of a hacked cellphone is that the battery runs out quickly. This is because the hacker’s installed applications continue to work behind the scenes without being seen. The app has to keep running in the background to send all the data from your phone. In addition to making the battery run out quickly, the cellphone also heats up quickly.

Therefore, it is very important to know how long your cellphone battery usually lasts. For example, with normal use (including streaming and gaming) the battery runs out in 20 hours. You can use this number as a benchmark. If the battery life suddenly drops sharply, you should be on the alert.

and SMS. Some people have also experienced their chat or social media applications suddenly sending strange messages to other people. Hackers can also steal data on social media and change your profile settings and personal information.

The characteristics of a hacked cellphone that are often found are suddenly your SIM number cannot receive calls or SMS. This happens because hackers have cloned your SIM Card. If this happens, you must contact the operator immediately.

5. Strange Sounds When Receiving a Call

In addition to stealing personal data, hackers also often intercept the conversations of their victims. If suddenly you hear a strange or noisy sound when you receive a call, it could be that your cellphone is being hacked. All conversations can be overheard by hackers. Worse, if you are talking about sensitive things, it can be used as a tool to blackmail you.

This strange sound is usually only heard by you. If the other person doesn’t hear any strange sounds, you should suspect that the phone call is being tapped. We recommend that you do a factory reset of the smartphone or use another SIM card to make calls.

Guaranteeing the safety of our phones or devices is vital and essential. Avoid the mistakes that were made in 2021. If the security

of your phone/device is threatened, you feel that you have encountered these cybercriminals, or you require assistance with phone/WhatsApp hack, catching of a cheating partner, social media (Instagram, Facebook, etc.), Bitcoin hack, changinguniversity grades and many more, reach out to Hack Network Group for support and guidance via contact@hacknetworkgroup.com

Considerations To Know About TUTFLIX

Not So Frequently Asked Questions on CIBIL Score 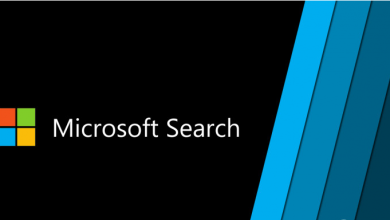 How to Earn Points With Microsoft Rewards