The Two Fingers serve as a source of direction toward order in the Lands Between in Elden Ring; however, it is possible that they do not have the best intentions at heart.

What Led to the Development of Two Fingers?The world of Elden Ring is teeming with enigmatic characters and beings, all of whom are working toward the same end: to interpret the lore surrounding the world and the Lands Between and to direct the player character through the narrative. The player is initially introduced to the Two Fingers in the capacity of a being that will serve as a guide for them throughout their adventure in Elden Ring.

Elden Ring, much like many other video games developed by FromSoftware, features a convoluted narrative that calls for a great deal of investigation and perception. The beginning of the Elden Ring’s presence in the Lands Between, which does not in any way begin in the world but rather in the cosmos, is where the origin of the Two Fingers must be sought out in order to locate their point of origin.

The player discovers that their objective is to enter the Erdtree and repair the Elden Ring with the assistance of a Finger Maiden. The Erdtree is located in the middle of the Lands Between and is the home of the Elden Beast. However, the beast itself was unable to fulfill all of the Greater Will’s requests. Because of this, the Two Fingers were utilized as a means of communication between the Greater Will and the people living in the Lands Between, with the Finger Readers deciphering the beast’s non-verbal communication.

The Two Fingers selected an Empyrean from within the Lands Between to serve as a god, exercise dominion over the region, and be in possession of the Elden Ring. This selection was made through communication with the Greater Will. It was decided that Queen Marika would be the one to create the age of Golden Order. She did this by removing the Rune of Death from the Elden Ring and giving it to her companion, Maliketh. This action resulted in the creation of a world in which there was no such thing as death.

In preparation for the arrival of the Tarnished in the Lands Between, the Two Fingers have devised a plan to lead them to the Erdtree in the hopes of mending the Elden Ring, reestablishing the Golden Order, and maintaining the control of the Greater Will. Although the Two Fingers represent order, this does not mean that they are objectively the best choice for the Lands Between as the player advances through the story of Elden Ring and learns more about the lore of the land. It is up to the player to decide what is best for the Lands Between at any point in the game.

The Three Fingers are safely tucked away within the Lands Between, far below the surface. Many of the game’s characters, such as the Finger Readers and Melina, make it a requirement that the player abstain from communing with the Three Fingers because their rituals conflict with those of the Two Fingers. However, as the player learns more about Marika and her mission to sever ties with the Greater Will and liberate the Lands Between from its control, it is up to the player’s own interpretation as to which side in this conflict is good and which side is evil. This is because Marika’s goal is to break ties with the Greater Will and free the Lands Between.

According to the extensive canon of Elden Ring, the Lands Between have been around since long before the Elden Beast and Erdtree. In point of fact, there is lore that suggests the Erdtree is some kind of parasite that has taken over an older and more powerful tree that used to stand in the same location as the Erdtree does now. It is likely due to the significance of this primordial tree that the Greater Will chose to reside in the Lands Between. This tree is what gave life to the Lands Between.

As the player learns more about the various outcomes of Elden Ring and the significance of each decision, it becomes less obvious what actions are appropriate and which ones are inappropriate. The Greater Will is responsible for the creation of a significant portion of the world that now resides in the Lands Between, as well as the gods and demigods who rule over the region. However, this world is rife with corruption, and power is often unevenly distributed.

What You Need to Know About the Weth Price

NFTs and Creator Economy are Blooming in Soul Metaverse

History of the escape room and how they work?

Say Goodbye to Stress by Following These Simple Tips

The Many Benefits of Using a Mini PC 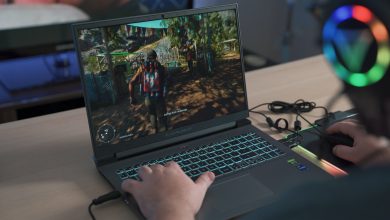