The Fedora hat came into vogue after Victorien Sardou’s stage production “Fedora” based on the life of Princess Fedora played by Sarah Bernhardt became a hit in the 1880s, according to History of Hats. Its status as a style icon got a big boost when Prince Edward of Britain wore it in 1924. Since then, it has gained a lot of traction as a style statement among both men and women. By the mid-1920s, it was a regular feature in Hollywood gangster movies, and in the following decades, gained even more popularity because of its edgy style and practicality.

So what’s A Fedora Hat?

Fedoras are undoubtedly among the most popular types of hats worn by both men and women. Since its early days when it became popular in Hollywood films, it has become a timeless fashion statement, made all the more glamorous due to its history. It may be surprising to know that the fedora hat is not a single type of a hat; instead, there are variations in the width of the brim, the height of the crown, and the shape that make fedoras distinctive.

Most people think of fedoras as hats with brims and label all hats fitting this description as fedoras. The fedora has evolved with the times, and today you get more variations of the distinctive style that made it a favorite of fashionable ladies and gentlemen of yesteryears. Contemporary fedora hats have a combination of several distinctive features like a structured teardrop-shaped crown featuring a gutter in the center and a medium-to-wide brim worn at a jaunty angle. As with all hats, the prime function of the fedora was to protect the wearer from the elements and the wind. The fedora hat became even more popular, with convertible and open-roof cars becoming all the rage among the young and fashionable. Moreover, since the hats are generally compact, they could be worn with ease even if you happened to avail of public transport. The best of straw fedora hat mens hats were so pliable that they could even be folded and put into your pocket, if you so wanted, without losing their shape.

The contemporary Fedora hats have not strayed too much from the original in terms of design. Modern-day editions tend to feature a crown between four and six inches high and a brim that extends from two to four inches in width. In sharp contrast to the round shape of the bowler hat, the fedora has a more pronounced pinched crown, however, this feature varies, and you can have a fedora with a diamond formation on the crown to one that has a defined dent running down the center of the hat.

As is typical for most fashion accessories, fedora hats also come in many styles and designs. It means that finding one that suits your personality and sense of fashion is easy, and you can even build up a collection to wear on different occasions. Some of the more popular fedora hat styles include:

Straw Fedoras: Traditionally, fedoras are made out of felt that makes them soft and foldable. However, if you want a hat that sits lightly on the head, you can go for a straw fedora that is not only lightweight and comfortable but also extremely stylish. Straw fedoras are a great choice for pairing with smart summer outfits that you can wear to almost any social occasion like a beach wedding, a garden party, or even the races. The Panama hat is perhaps the most famous version of the fedora and is universally associated with men of sophistication and elegance. In an age dominated by synthetic materials, a straw fedora provides a welcome break with its eco-friendliness, a high degree of comfort, and breathability.

Safari Fedoras: Similar to straw fedoras, the style of Safari fedora hats is only slightly different. Characteristically, most fedoras include a narrow leather band that encircles the crown. They are found in different shades of brown, beige, and green. You can get a Safari fedora in a Panama hat style, or if you so prefer, a felt design made popular by Indiana Jones.

Pork Pie Fedoras: It is easy to make out a Pork Pie fedora hat due to its distinctive shape. The brim is characteristically short and turned up all around. While cotton, canvas, and felt are popular choices for pork pie fedoras, you can get them in straw too.

Wide and narrow brim fedoras: You can get fedoras with brims according to your preference. A wide brim fedora is more dramatic and stylish and offers better sun protection. However, it is easy to confuse a trilby with a short brim fedora.

Fedoras are among the most fashionable hats you can find. They pair easily with all kinds of outfits though they go the best with smart outfits for both casual and formal occasions.

Reasons to consider getting a grill cover as soon as possible 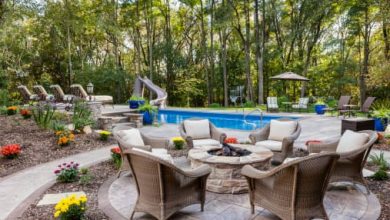 While Shopping for Outdoor Furniture, Consider These Pointers

Amazon is a fascination